“The Gracciano della Seta Estate is one of the oldest wineries in the Montepulciano region. In the beginning of the 19th century, Gracciano was owned by the Svetoni family who built the Villa and created the Italian-style gardens that surround it. With over 400 hectares and 22 farms, the very extensive Gracciano Estate also produced a wide variety of typical Tuscan products.

The property was inherited by the current owners, Marco, Vannozza and Galdina della Seta Ferrari Corbelli Greco, through their father Giorgio.
Today, the winery covers roughly 70 hectares of which 20 are vineyards. The vines grow on the clay and silty soil of the Gracciano hills, one of the oldest and most prestigious crus of Montepulciano. Already in 1864 the Vino Nobile di Montepulciano produced by the then Svetoni winery (today Gracciano della Seta Estate) was awarded the first prize at the International Fair of Turin.

The cellars of the Gracciano Villa still contain several bottles of wine from exceptional vintage years.

Giorgio della Seta, after working for many years abroad as a manager in a multinational company, decided to return to Tuscany and take up the family Estate. He proceeded to renew the vineyards and built, in 2013, a new winery alongside the traditional unit which is still used for ageing wine in wood.

The winery has always been run by renowned oenologists (such as Nicolò d’Afflitto from 1985 and Beppe Rigoli since 1995) who ensured that the Tenuta di Gracciano produced an excellent Vino Nobile, fully respecting the terroir and using autochthonous vines. 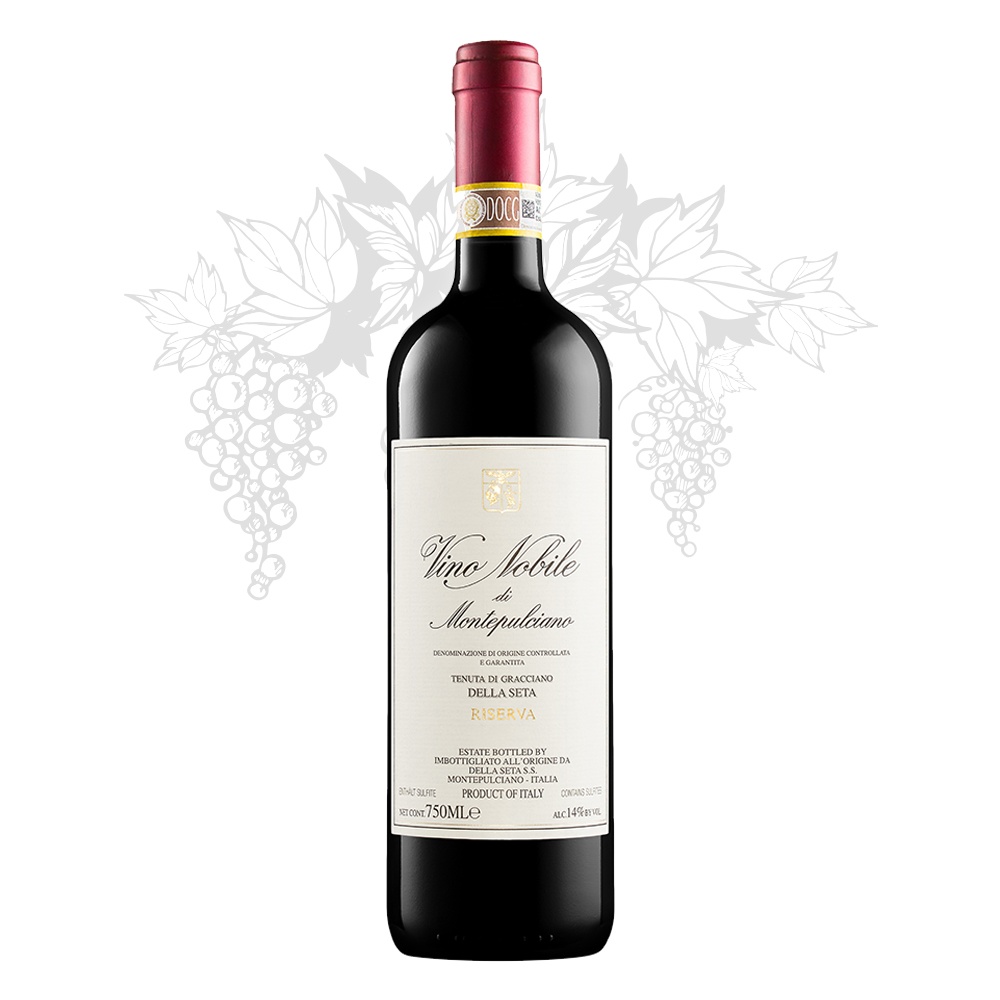 Dry, with velvety tannins, sapid, balanced, elegant, with a persistent and vibrant finish. 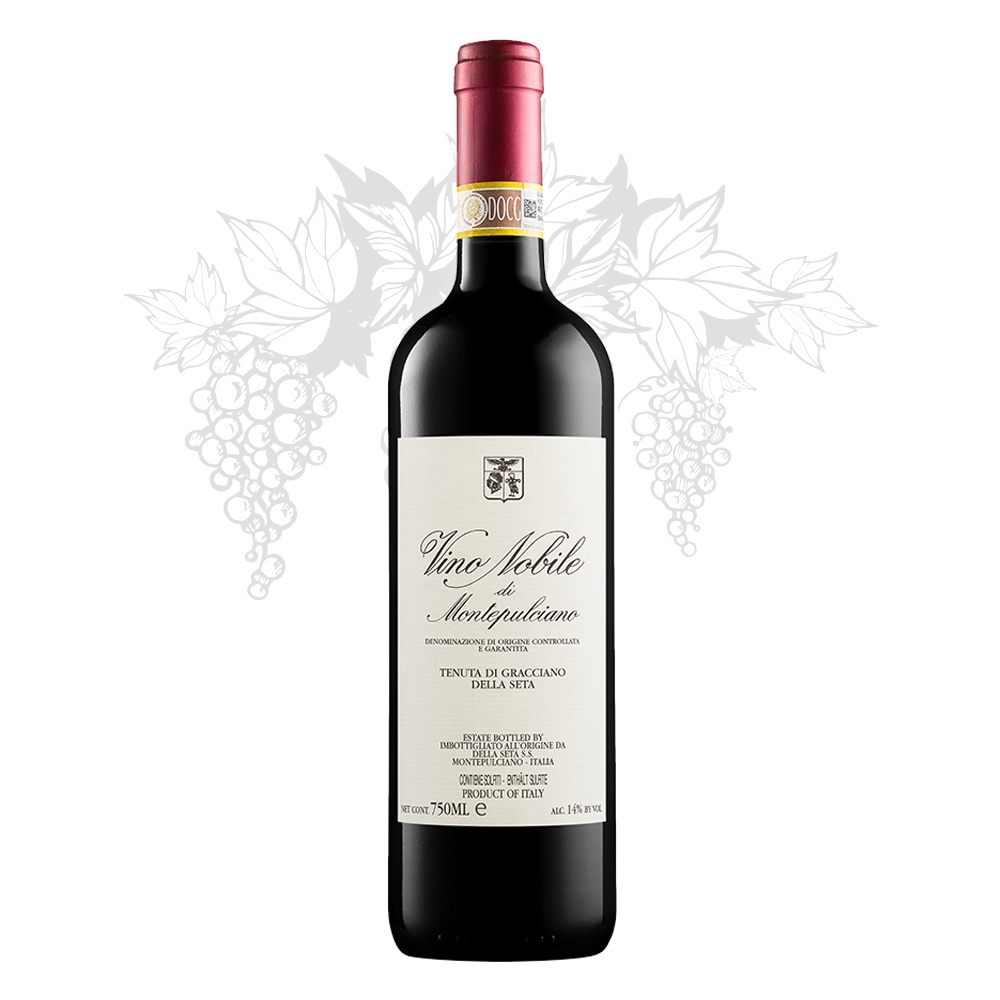 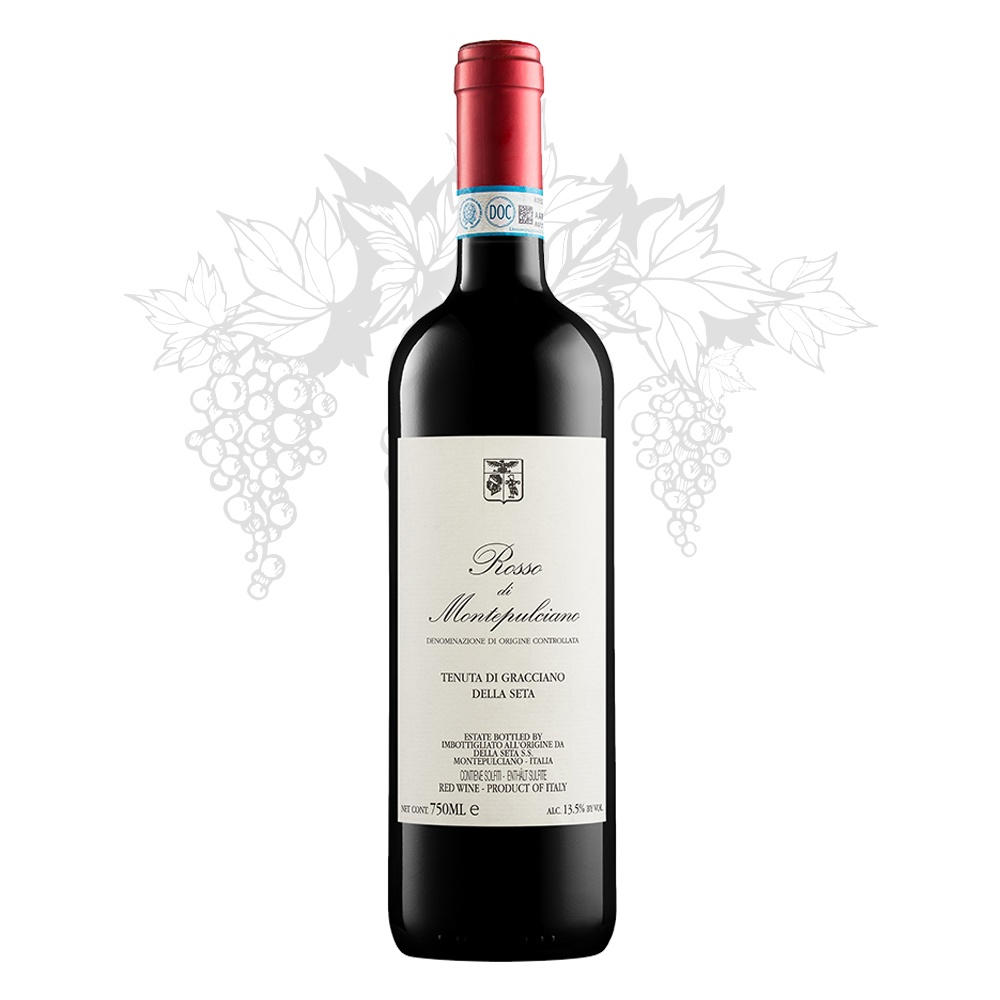 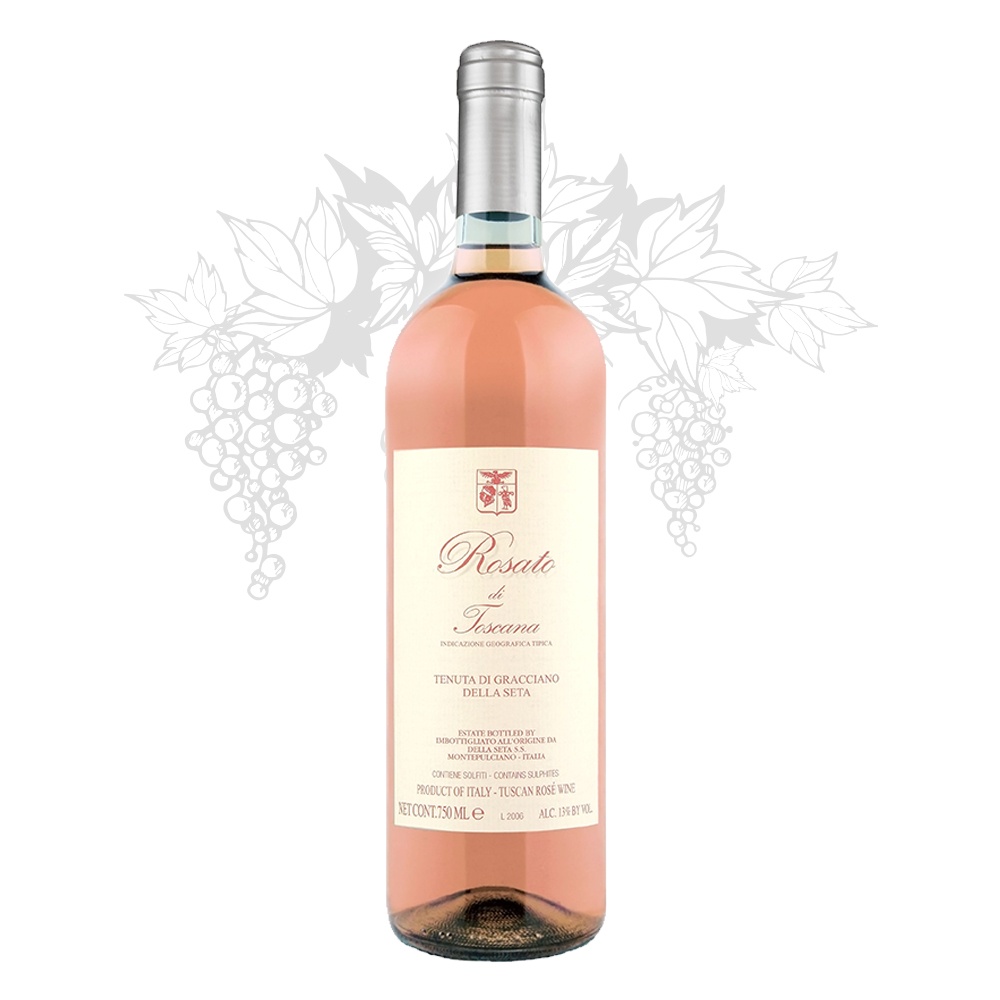