Whether it’s for the rich tannins, the delicate fruit bouquet, the smoothness of the reds, or for the crispness and the lightness of the Rosé, Sugame has wines for all seasons, for any food, fancy or simple.

In this exquisite setting, high up in the Chianti Classico hills (500m), Lorenzo Miceli have been cultivating these five hectares of southwest facing vineyards, almost single-handedly, for the last 20 years.

The main vineyard is about 28 years old, and the newer ones are six and seven years old, with another hectare and a half having been planted in 2005. Below the main vineyard are the very old vines that were cultivated in the traditional manner. Maple trees were used to support the vines instead of poles, and the rows of maples and vines were alternated with rows of olive trees. The rows were set very wide apart so that other produce such as grain and vegetables, could be cultivated between them. These beautiful old vines are still producing grapes which are very much a part of the harvest.

Since the Borgo’s origins in 1200, families have been sharing and cultivating its land. Now a small family-owned farm, its vineyards maintain loyalty to the native Sangiovese grape of Chianti Classico. Over the 20 years Lorenzo – notable for his integrity and passion for organic farming – has modernized the vineyards with a better clone of Sangiovese, adding a small part of Cabernet Sauvignon and Merlot. The vines are planted densely, minimizing the number of bunches any single plant – ‘the suffering vine’ – will produce. In this way, Lorenzo obtains a higher concentration of the essential components necessary to create the flavours so distinctive of the Sugame wines, now appreciated and sold all around the world. 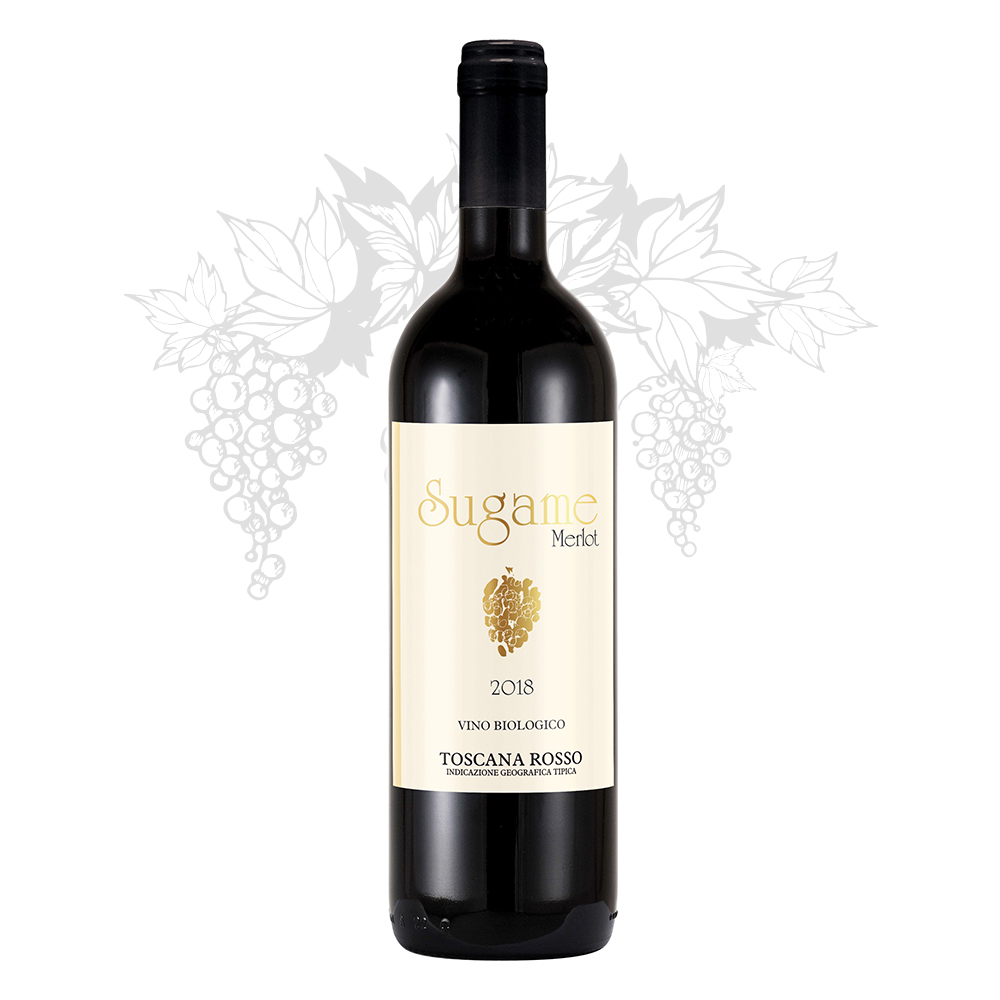 Deep ruby colour, on the palette the tannins are smooth, with a long finish. Bouquet of soft fruits. 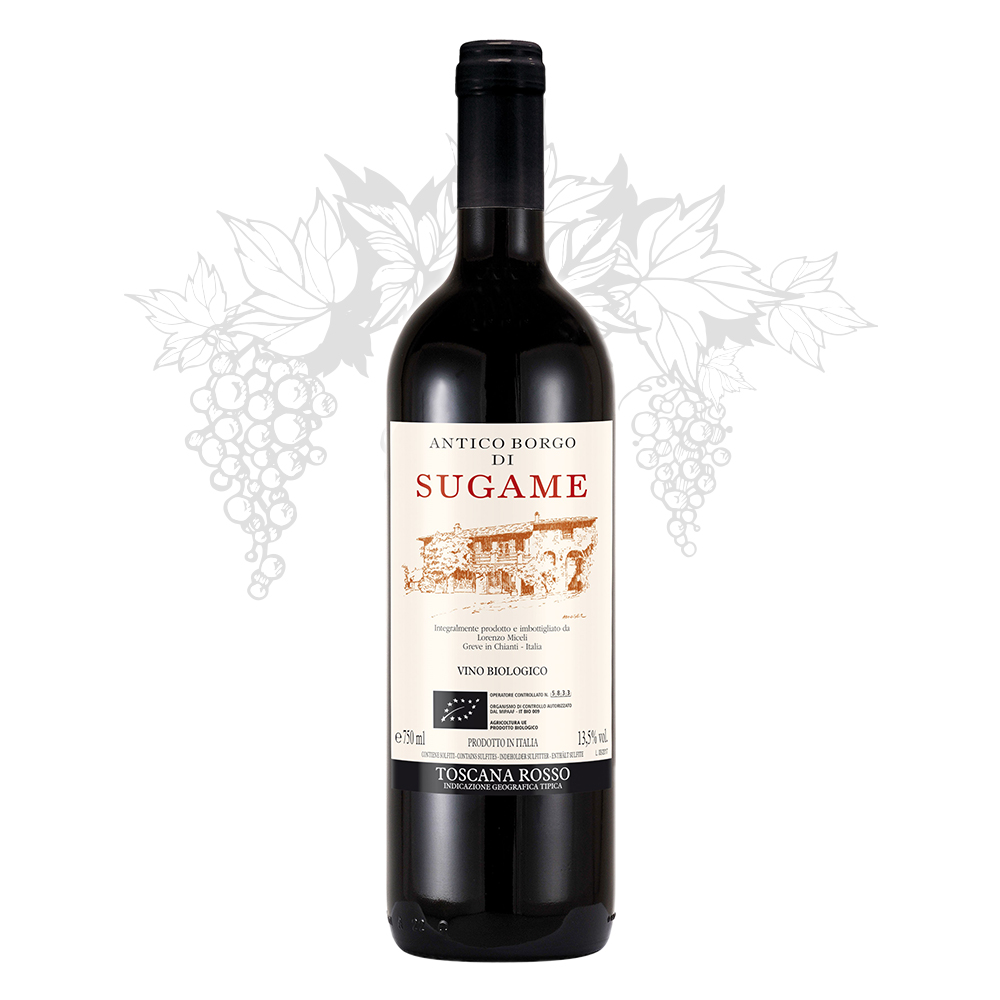 Primal flavours of the grape, slightly tannic and has a good finish. 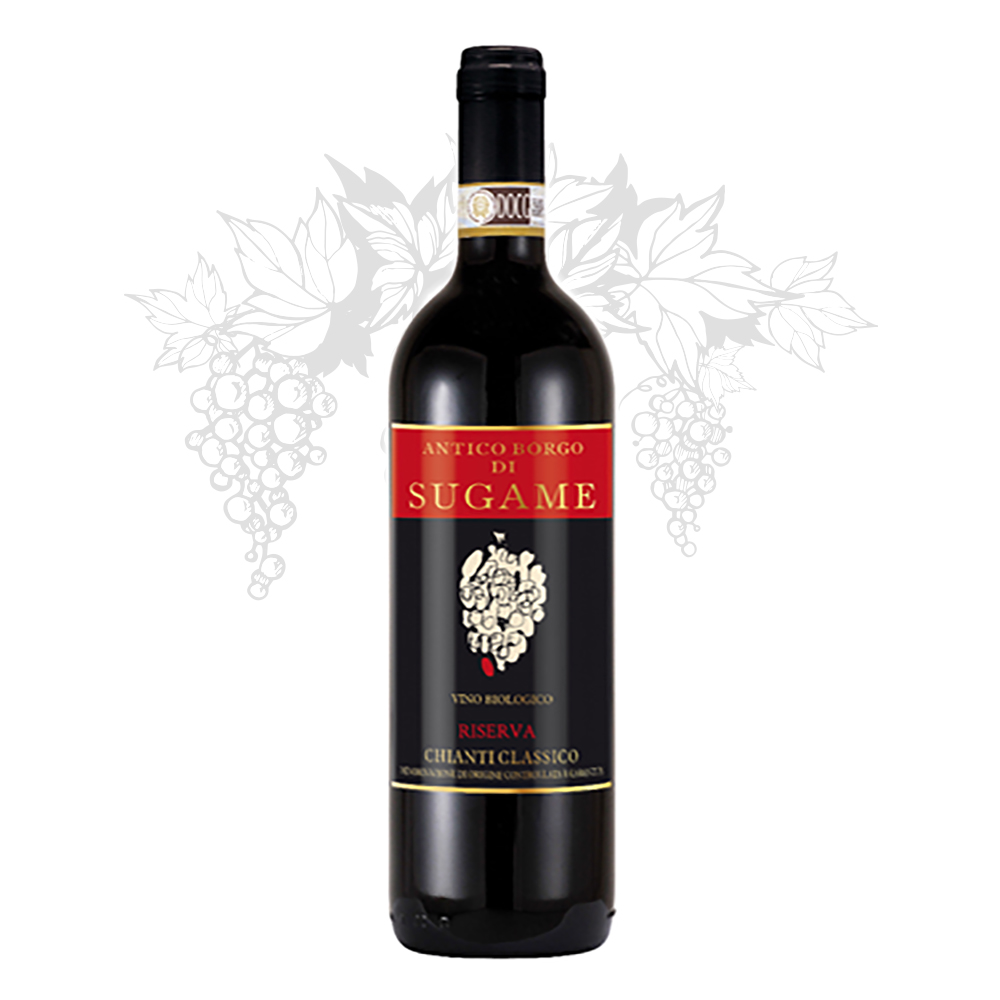 Soft, warm and gently tannic with an outstanding structure and long aromatic finish. 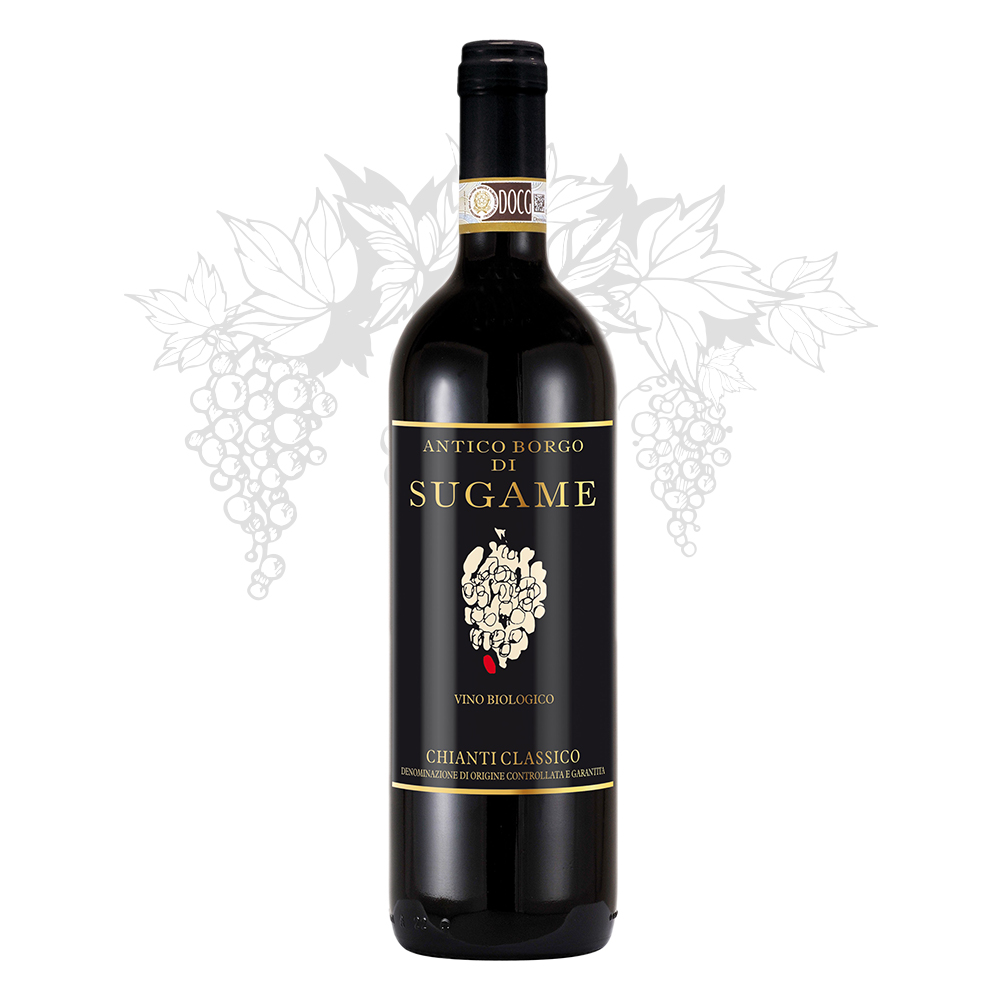 Tannic with a good structure and long aromatic finish.